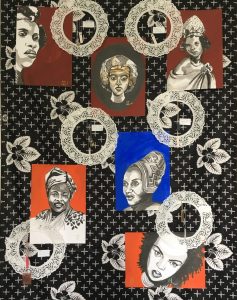 ARD commemorates the suffering and experiences of millions of African, children, women and men who perished in the Middle Passage and during the period of enslavement and colonisation. 3 minutes of silence is marked at 3.00 pm – a minute each for the victims in the Americas, the African continent and the Middle and Far East.

The theme for the 27the African Remembrance Day (ARD) 2021 is: ‘African Liberation Queens – Ancient and Modern’, which will be explored through two keynote addresses: ‘Fix Your Crown – the Queen Within’ by Christelle Pellecuer & ‘Women leadership and liberation’ by Dr Justina Mutale.

African women have always been at the forefront of leadership and liberation from the classic period of African history to modern times. They have led from the front as leaders of their nations, being some of the first female leaders in history. From the Egyptian Pharoah Sobekneferu who ruled nearly 4,000 years ago and the first to establish the prototype of female Pharoah, to her successor hundreds of years later, Pharaoh Hatshepsut; from the Nubian Kandakes, to Queens Nzinga, Amina and Yaa Asantewaa– they have led from the front as strong military figures, warrior queens, who were also builders and law makers, attracting fierce loyalty and admiration from their people. They are remembered with affection across the African world.

ARD @ 27 on 1 August 2012 will pay to tribute to these great totemic leaders and liberators, as well as ‘dethroned’ female leaders in the modern period who resisted slavery and colonialism such as Harriet Tubman, Nanny, and Winnie Mandela.

Female liberators are veritable conductors of freedom. 20,000 South African women protesting against Apartheid in 1956 broke out in song: “Wathint’abafazi, wathint’imbokodo!” (“Now you have touched the women, you have struck a rock, you have dislodged a boulder, and you will be crushed.”).

Why have women leaders and women led resistance movements, such as the Aba Women’s riots, often been so decisive or the trigger for the huge explosive action? Such explosive resistance has continued to the present with the female leaders of the Black Lives Matter (BLM) movement, which has galvanised the struggle for racial justice on a scale unseen since the 1960s, following the murder of George Floyd?

Why, in the cultural reawakening that has unfurled in the last few years, is there now a movement amongst ‘dethroned Queens’ in the diaspora to ‘Fix their crown’? How, do women leaders, however from Hatshepsut onwards, overcome the many barriers to assume their critical positions as equals and as – Queens who can lead? 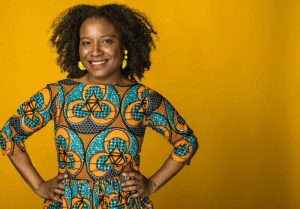 Christelle Pellecuer, is a fashion expert,  who was born in Madagascar, raisd in South of France, and now lives in the UK. Christelle is the founder of Razana Afrika, an organisation with the aim of empowering people of African descent to learn about their culture and history by providing educational resources and positive role models from history to build strong personal identity. The first project delivered by the organisation is the African Queen exhibition in 2017, which celebrated both real and legendary queens of Africa. Following the success of the exhibition, Christelle has been delivering workshops in schools, and has recently built upon it as the ‘Fix Your Crown’ short film. 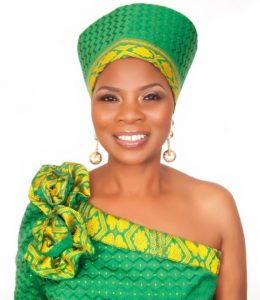 Dr Justina Mutale is the Founder & President of the Justina Mutale Foundation and its Scholarship Programme for underprivileged African Young Women. She is also Founder of POSITIVE RUNWAY: The Global Catwalk to Stop the Spread of HIV/AIDS. Named as one of Africa’s most respected names, well-known faces, and influential voices, Justina is listed in various Who’s Who Lists, Power Lists and Influential Lists.  Justina has been honoured for her outstanding and phenomenal leadership qualities as a National and Regional Stateswoman; as well as Global Leader of the Year, and Iconic Woman Leader of the Decade. She serves on the Board of the World Leaders Forum and is Global Ambassador and Spokesperson of the International Women’s Think Tank. Prior to founding her own organisations, Justina worked in the Commonwealth Secretariat in London. She is also bestselling author of ‘The Art of Iconic Leadership: Power Secrets of Female World Leaders’, and co-author of ‘Women on Corporate Boards – an International Perspective.’ 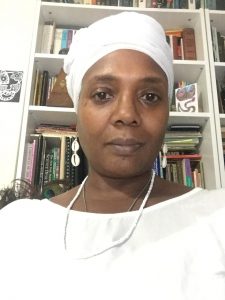 Opening prayers will be provided by Kesheniwa Aghaji is an Olorisa (Priestess) of Orisa Orisanla in the Yoruba Ifa tradition offering ceremonies for clearing, empowerment, healing, libation. She is focused on the Unfettering for personal sovereignty. She is also an artist of spiritually guided spontaneous artworks that emit a halo, an illumination – light reflecting from the drawing on the line.

Photo Credit Above: Detail from a section of the work AMAZONES dedicated to the inimitable women, old and new queens, that have inspired the artist Obi Okigbo

ARD appreciates the support of  the African Foundation for Development (AFFORD).