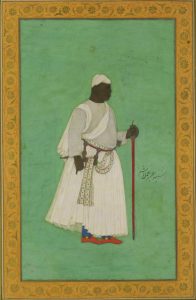 Theme: Africans in Asia – including a special tribute to Runoko Rashidi

The 28th African Remembrance Day (ARD) after two years virtually on Zoom, takes place once again live at the Museum of London, Docklands. ARD commemorates the experiences and suffering of millions of African men, women and children who perished in the Middle Passage and plantations economies in the New World, as well as on the African continent and Far East. It provides an opportunity to reflect on the journey of their descendants in the fight for justice and equality. It is thus a day for reflection, healing and renewal of the global African family. 3 minutes of silence is marked at 3.00 pm – a minute each for the victims in the Americas, the African continent and the Middle /Far East.

The theme for the 28th African Remembrance Day (ARD) 2022 is: ‘Africans in Asia – including a special tribute to Runoko Rashidi’. Two keynote speakers will explore the theme. Professor Shihan de Silva a UN expert on African descendants in Asia will speak on African communities in Asia, while historian Robin Walker will pay a special tribute to Runoko Rashidi, the late great historian and chronicler of the African presence in Asia.

The emergence in the last few years of modern Afro-Asian personalities such as tennis star Naomi Osaka, belie the long historical presence of Africans in Asia. Indeed, historians such as Runoko Rashidi have documented that the underlying original aboriginal populations across many countries were in fact African, with a few remaining survivors, such as those on the Indian Andaman islands, proving the point. Others have posited connections between Ethiopian Cush and Indian Kush at the dawn of civilization, though these remain controversial. In the more recent past, over the last 500 years, many Africans also left the continent for Asia as a result of trade across the Indian Ocean, and also as a result of enslavement. A great example of the latter, and much celebrated by Runoko Rashidi in his talks, is the great Malik Ambar (whose photograph is above). Malik Ambar was a former enslaved Ethiopian who ruled in one of the Indian states as Prime Minister of Ahmadnagar Sultanate in the late 1600s.

Currently we are at a massive historical inflection point – with the rise of the Eurasia. The current war in Ukraine will consolidate the reordering of the world that has slowly been unfolding during the last 30 years, with the rise of Eurasia. For two hundred years, trade in the Atlantic world between Europe and the Americas dominated global trade; then in 1985 the Pacific Ocean trade route between Asia and the Americas became dominant. It is anticipated that from 2030, trade within Eurasia will dominate the global economy – with China once more at the centre of human history.

The falling statues of Edward Colston are also symbols of a geopolitical moment in history, which calls for new thinking amongst Africans. As people of African descent renegotiate their status within the Atlantic space, it is vital that Africa’s new role with the emerging Afro-Asiatic world is also tackled head-on. ARD @ 28 on 1 August 2022 will increase awareness of the much-neglected African presence in this region that is growing in importance, and which will likely dominate the 21st century, in partnership with the African continent. 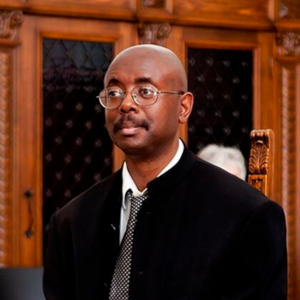 Robin Walker ‘The Black History Man’ was born in London but has also lived in Jamaica. He is a publisher, educator and author.

In 2006 Walker wrote the seminal When We Ruled. It is the most advanced synthesis on Ancient and Mediaeval African history ever written by a single author. In 2011 Black Classic Press of Baltimore published a US version of this book.

Between 2013 and 2019, Walker followed this with When We Ruled: Second Edition, When We Ruled Study Guide and Reading Plan, Blacks and Science Volumes I, II and III, Blacks and Religion Volumes I and II, The Rise and Fall of Black Wall Street and the Seven Key Empowerment Lessons, The Black Musical Tradition and Early Black Literature, 19 Lessons in Black History and Black History Matters. He also wrote three books in collaboration with others: Everyday Life in an Early West African Empire, African Mathematics: History, Study Guide and Classroom Lessons and Black British History: Black Influences on British Culture 1948-2016. 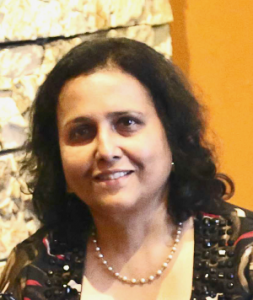 Professor Shihan de Silva is a Visiting Professor in the College of International Relations, Ritsumeikan University, Kyoto (Japan), a Visiting Fellow at the University of Cambridge, and an Affiliated Collaborator, University of Colombo (Sri Lanka). She was awarded a Rama Watumull Collaborative Lecture Series award from the Center for South Asian Studies & Student Equity, Excellence and Diversity Award, University of Hawaii, USA, March 2020.

Shihan is an UN expert on Afrodescendants in Asia, UNHCR, Geneva, Switzerland. She served as a Member and Rapporteur of the International Scientific Committee of the UNESCO Slave Route Project (Paris, France). She is also a member of ICOMOS (Sri Lanka) and an elected Fellow of the Royal Asiatic Society (Great Britain and Ireland). Shihan serves on the editorial boards of Cambridge Scholars Publishing (UK), African Diaspora and Transnationalism (Leiden: Brill Academic Publishers) and African Diaspora Archaeology and Heritage (UK: Maney Publications).

with the grateful support from the Museum of London, Docklands